The Tyranny of Notoriety.... 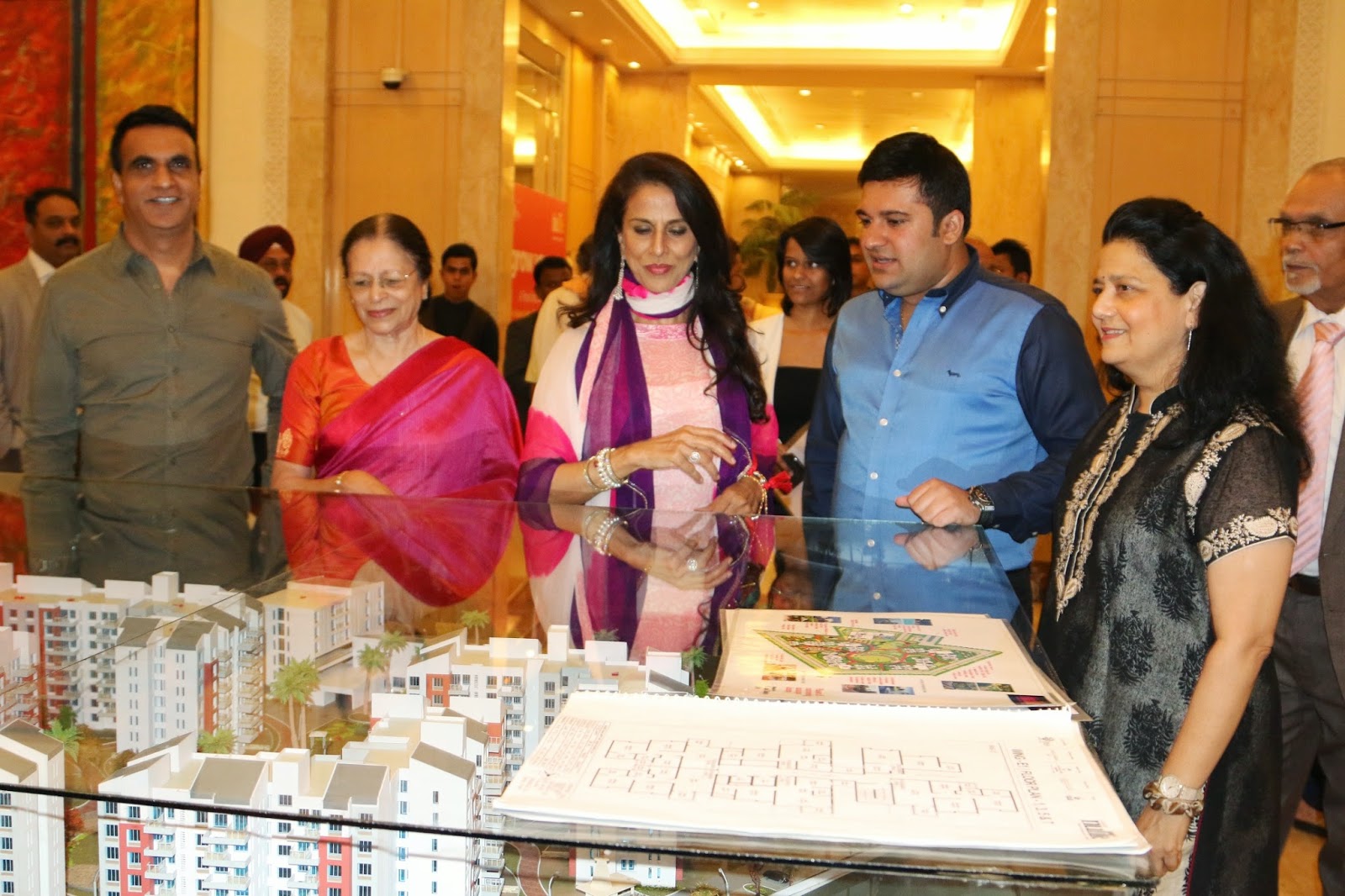 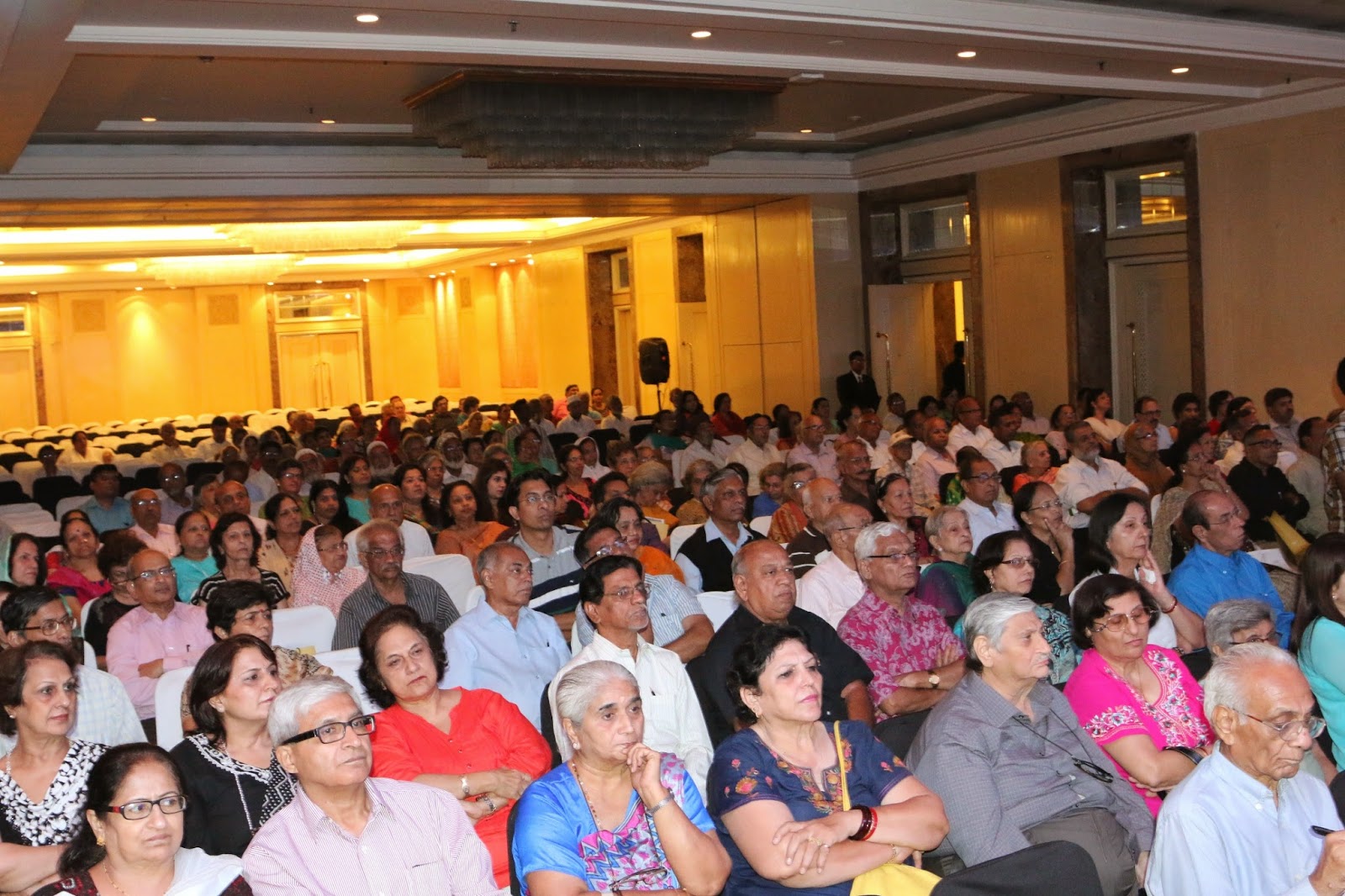 At the packed to capacity meet for NULIFE in Pune, recently. I am happy to announce that NULIFE will be launching one-bedroom units for senior citizens soon. This was after extensive market research showed that senior citizens were looking for a space that would meet their needs for a secure, comfortable life , in a conducive environment. This has always been the objective of NULIFE  and its promoters Disha Direct. For more information, check out their website.
************

Mumbai Mirror            28th Nov 2014
Jashodaben – Superhero!!
Let’s hand it to her – it takes one hell of a lot of guts for the abandoned spouse of the powerful Prime Minister  of the country, to file an RTI application demanding to know what sort of privileges she is entitled to as the legally wedded wife of Narendra Modi! Most women in her unfortunate position would have either kept mum or taken full advantage of the situation ( read : perks). Clearly, Jashodaben is made of sterner stuff. How cool does that make her?
When she toodled off to submit the RTI application to the Mehsana police earlier this week, she was riding pillion ( with helmet? Without?) on her younger brother Ashok Modi’s scooty (she  has been living with him at his modest house in Unjha after her husband picked politics over his bride whom he married in 1968). Left to pursue her unfinished studies, Jashodaben was living a life of total obscurity, even during the time her husband was the high profile Chief Minister of Gujarat. And there she would probably have stayed even after he rose to lead his party to victory in the historic elections, had the Supreme Court guidelines not forced her husband to declare his marital status. For years and years, Modi had left his marital status blank while filing his nomination papers. But the Lok Sabha election papers made it mandatory for him to ‘do the needful’.  Virtually overnight,  Jashodaben’s existence became known to the public. One assumes she was fine with that, considering she remained under  wraps even after Modi assumed office. It was only after armed guards started to ‘protect’ her 24x7, that the lady decided it was time to ask a few relevant questions. Such as :  On whose orders was she being provided these guards? She went further, citing Indira Gandhi’s tragedy (Indira was assassinated by her own guards), and expressing her own fears that the ‘ambiguity’ revolving around the identity of these guards (who refused to tell her on whose orders they were tailing her!), made her believe there was a grave danger to her life. What an extraordinary charge to make, given her unique position!

Today, the plucky lady is seeking answers to basic questions  and wants to know ‘all the protocol and facilities, including security details’ she is entitled to as the wife of the prime minister. She says her guards do not carry any official orders with them.  And what obviously bugs her equally is that these men tail her in comfortable, air conditioned cars while she uses public transport!  Oh yes – the guards also demand to be treated like her family’s ‘guests’  - which must mean they expect khaana –peena from her kitchen1 Hello????
Her RTI application is bold, blunt and to the point. It reads, “ I am the wife of the prime minister of India and have been extended security as per protocol. Which other service can be extended to me under the protocol? Give me a detailed description of the protocol.” Hurrah!Good on you, gurrrlll! She also stated in an interview to a journalist that she is willing to go and stay with the Prime Minister as his wife in Delhi. Jashodaben wears a mangalsutra around her neck and sindhoor in the parting of her hair –  easily recognizable symbols of being a married woman.
Now the ball is in her husband’s court.
Will he reinstate a lady in his life who he has not been with for 46 years ( well, technically, they shared space for the first 2 or 3 years of their married life… if that counts). Will Jashodaben be formally ‘presented in court’ as it were, any time soon? Will she be his official hostess at State banquets? Accompany him on his official tours overseas’? Receive Barrack and Michelle Obama when they arrive for the grand Republic Day Parade on 26th January, 2015?
Even more importantly, will someone – anyone – explain to this bewildered lady who exactly those heavies are and why they are tailing her? Is it really for her protection? If ‘yes’ – reveal their identities, produce relevant orders and that will be that.
Her fears are understandable and entirely justified.
On the other hand -  and let me play the Devil’s advocate here - for a lady who has timidly accepted her status and fate in life for close to half a century, isn’t it a bit, ummm, strange, that she has suddenly picked up the courage to ask tough questions to one of the toughest men in contemporary India, who just happens to be her husband?  Who is backing Jashodaben?


Over to you, Mrs. Modi.  It’s your turn to answer the questions now.
************
NDTV Blog 16
The Tyranny of Notoriety…
Tarun Tejpal has always been something of a rogue. There. I said it. So what? A rogue’s life is never easy… and eventually things catch up. As they did in Tejpal’s case ( let me not bore everybody with tedious details of  ‘that’ dreadful incident in Goa at Tehelka’s Think Fest / Bonk Fest last year). Tarun was accused by a junior female colleague of indulging in some pretty loathsome sexual misdemeanours – okay – rape.  After which,all hell broke loose , with  Tarun making it worse and worse for himself, till finally the Goan authorities did what the law of the land dictates and the swashbuckling Tejpal found himself in a grotty local  lock up – disgraced and isolated for the most part.
That’s the brief history.
I am not going into whether or not he ‘did it’ (let the courts decide). Neither am I going to join the over- heated feminist debate regarding the victim’s trauma. For me, this nasty scandal was less about sex and more about abuse of power – an even worse offence. Let Tarun and his lawyers figure out how to extricate him out of this monumental mess.
This piece is about a specific invitation extended to Tarun by the organizers of the annual Times of India Literary Carnival to be held in Mumbai from December 5th to 7th . The furor that was generated by Tarun’s inclusion as a panelist in a topic aptly titled, “The Tyranny of  Power,” was such that the invitation was promptly withdrawn, albeit with a jaunty if weak explanation (“….the reaction to his inclusion suggests that our litfest was in danger of being overwhelmed by an extraneous issue.”) Oh well… that’s elegant understatement for you! ‘Extraneous issue’??? That’s a pretty cheeky euphemism for a much discussed sexual assault case !
The man is not coming.
I wish he was.
Here’s the thing. It was an audacious move on the part of co-organisers Bachi Karkaria and Namita Devidayal ( both veteran journalists with the TOI) to have invited one of the most despised and notorious men in India to the Lit Fest . It was even more audacious of  Tarun to have accepted .This is the amazing part. Did the organizers really believe Mumbai is ‘cool’ enough to handle his presence without protest? Was that their only miscalculation? After all, it was a perfect fit – the subject and the moderator ( Manu Joseph) would have ensured a full house on 6th December. Controversy never killed a LiFest – right? But the accusations both ladies faced on social media were different. They were suspected of  being part of a complex ‘rehabilitation’ programme. This is rubbish! What would they gain by ‘rehabilitating’ Tarun??? Come on! Then there was the other thing about displaying insensitivity towards the victim, when the case is sub-judice .What nonsense! I don’t think there was ever a deep, dark, devilish plan to ‘exonerate’ Tejpal by giving him some respectability at a Lit fest. I’d say all they were probably doing was providing Tarun a platform. That’s what Lit fests are about it – or ought to be. Is there an unwritten rule somewhere that says only pure, untarnished saints can be  invited to Lit fests?? How dull and boring that would make these events! Is Tejpal the only person with a dodgy reputation to be extended such an invitation? Hell, no! Half the people who draw readers to Lit Fests are pretty colourful characters, some with criminal records, others who have made being offensive in public their main objective in life.
Tarun Tejpal would not have broken any law by attending the TOI Literary Carnival. Neither would the organizers. And that’s the whole point. People who have issues with Tejpal ( I certainly do) were free to stay away, stage protests, boo. Ditto for writers taking the high moral ground. By buckling to pressure, the organizers have  surrendered a fundamental right, and given in to shrill public opinion. I so wish Bachi and Namita had stuck to their guns and boldly fought this round. Instead Bachi fell for the bait and responded to media’s taunts  by saying, “ We are not film stars or a gossip magazine. The Litfest is serious business.”  Oh dear. I wonder how invited film stars to this LitFest are going to  feel after this?
Well…. someone has to self-lacerate and recuse himself/herself.
If not Tarun, then….?

Get Latest all Telugu Movie Reviews

Hey, I had a great time reading your website. Can I contact you through email?. Please email me back.

I suppose both Mrs. Modi and Mr. Tejpal are victims of power and fame.

Hello Mam
My name is Amitabh Ramani and i head the digital marketing activities at Zensar and i would like to connect with you for an event we are having in zensar technologies india for women's day and we would love to have you over. Please could you provide me your email id and i can officially email you. I look forward to your response and also connected to you via twitter.
Please do acknowledge.

hello Ma De,
nice to see Nullife coming forth for senior citizens.i remember you having mentioned about this project, your association.Best wishes.
reading your book "small betrayls"(not completed yet)but really liked some of the stories.

"The Rebel"- This is one biography I would like to go for sure,as I have law studied law,second for Ram Jethmalani-intresting personality I would want to know,nice blue sunglasses,looks great on you Maa De!

Mr Malani is a lawyer in the true sense of the word......."I believe lawyers were children once.:)
http://loonypoet.blogspot.in/

Hi, Nice site I enjoyed reading it. Thanks for sharing.

as it was beautifully written in http://bigpaperwriter.com/ "tyranny is a tool for managing society". I think this is not right