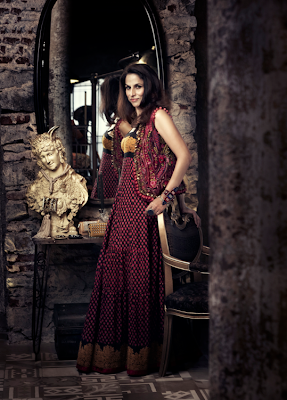 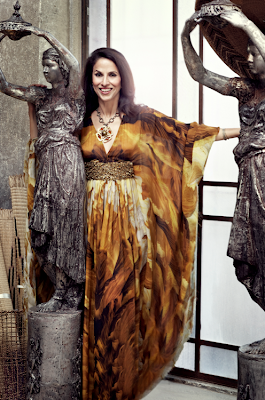 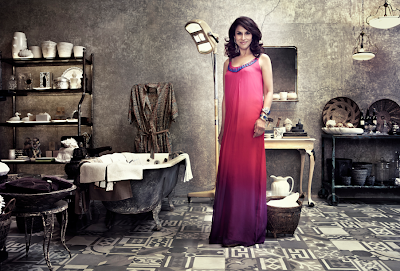 I really enjoyed this fashion shoot! I hope the pictures show it. It was for the latest issue of 'Harper's Bazaar'. And I must confess, I am Lovin' it!!!

OMG Shobhaa, r u really sixty? u cant be sixty, where does all the age go? my fav is pink, u luk so adorable.
Yet to read the post.

if you do a *Shobhaa De's Beauty Guide - its guaranteed to be a bestseller!! :)
keep rocking...

WTF! Like I said, Sixty is new thirty these days!

You are simply looking very lovely.

Kader Khan.... Tumhari ussmein woh kar doonga and supplements with decent words... That is the effing in pictures but U can listen these golden words used freely in lanes and bylanes :)

nice pics you look younger and beautiful of course i loved the pictures the moment i saw i said wow!.
i liked the subject of your post- language and yes lot has changed!

Now that's Shobha De! Looking stunning in all your pictures. Only if you braid your hair nice & long, you'll look like an aristocrat who just step out of glorious Himalayas! And may Lord have mercy on your beauty! Ting*******


About galissss, you are so right. One time my ex husband pissed me so bad, like something I couldn't tolerate & I was so upset that I end up saying all the galis that exist in this world & screaming without any consciousness. I usually don't do that at all, like I have to super upset to get there. Later, he keep begging for more, yes more gali. What the heck,like I've to fake it. Get a life!!! But I guess people do enjoy such a language, & that's extra cherry on cake. At least, that way we can bring tiny joy or smile on our companionship's face. Much better,cooler, & healthier then any of phonographic that exist in this world.

Loved your cuss blog ...and you looked fab in your photo shoot..

DB strikes a chord with today's youth coz the language is exactly how they speak it! Natural and free flowing!

OMG ! You look so stunning in the photo shoot ! I would like to grow old like you ! :)

Wonder what keeps a writer getting younger as one gets older!

What is the future of English is the worrying part.

With Shobha in front of shoot is fabulous but what goes behind as exposed is absolutely 'shobha-less'!

The secret behind why big biggies wish to be writers is here.

Is it the emaculate energies of word games that keeps one young is undoubtly proven.

The accent in the name also matters in demonstrating the facts.

i must say- its u n all 'u' turning so young inside.. n surely the pics gladly display your youthfulness n holistic approach to things.. thumps up !!

WTF u look S**t good! ? No, I think I have grown out of this abusing thing/ phase! What I really want to say, M'am , you look eternally beautiful! Sounds better no?

I have read all your books and I LOVE the way you write! Although I'm not a regular reader of your blog, I was wondering if you have considered making your blog mobile-friendly. It will be easier for all the avid readers of your blog to read your posts on their smartphones or mobile devices when they are on the move.

I am with a mobile app development company and I would love to work on a few ideas to bring your online presence to the mobile world. BTW...you look stunning in these pictures!

I hope you'll ponder over my suggestion. I look forward to hearing from you. I can be reached at sonia[at]praumtech[dot]com

My correct email id is: sonias[at]praumtech[dot]com

Apologies for spamming your comments section.

Wow Shoba, you really look great in all the pics, though my fav is the last one.

Dear Shobha,
I am your newest follower and fan….I am glad someone got out this topic….and I hope you are going to agree to what I am going to say now:

I was a big fan of 'the' AAmir Khan, but not anymore…as he, otherwise a very balanced man has deterred from his path to use cheap songs, stories, and language to sell his movies at the box office. Aamir much more was expected from you knowing you are the brand ambassador of TEACH INDIA….

What is he going to teach India….”SAALA,CH**YA, ETC ETC ETC”…..it’s a shame…I agree completely with you shobha totally.

But my question is to everyone reading my comment, that is Aamir the only person to blame here?????

What is the CENSOR BOARD doing????? Sleeping, or just making money under the table to turn a deaf ear to such “stuff”..

They started by allowing kissing scenes in movies, which again would have been okay only if the population watching was not illiterate and vulnerable… following that the menace of sex scenes started, and was that not enough that now they allowed songs with bad words….”pappu cant dance saala, vilaiti pee gaye desi abhi baaki hai, munni, Sheila, etc etc the list is never ending…

Where is our country going,….Corruption was less that now Vulgarity is standing up next to it to compete…
Our kids are singing these catchy songs without knowing the actual meaning behind it….and we are allowing it by accepting these scenes, movies, and above all songs which we can’t stop our kids from learning…as it’s played everywhere,it has no “ADULT” rating to it…

What are we trying to prove here…that we are COOL, BROAD MINDED, EDUCATED….
Nooooooo……it is just Proving we are a “WANNABE COUNTRY…and we have no knowledge to give our kids hence we are teaching them BAD WORDS, BAD CULTURE and above all to ultimately be BAD HUMAN BEINGS…….

RAPES are happening everywhere…on the railway stations, in cars, with old women, with young girls and boys….with everyone and everywhere….
Has anyone realized that why now…why suddenly now such a rise in these cases…..why not 5 years back was it so evident….
That’s because we now have Media to arouse those kids who have never been exposed to such vulgarity.
Bikinis in the everyday newspapers just lying in the house, kissing and sex scenes in movies , and to top them catchy hot songs playing 24/7 on the radio….
Who wants PORN when it’s available just in our day to day life.And then we blame the young minds; how convenient….

I do not know about everyone…but I do know that how much ever we try and teach our children at home ,the Society, the Peers, and the NATION have a lot to contribute to their upbringing as well…

I DO NOT WANT MY DAUGHTER TO EVER BE RAPED OR MY SON TO RAPE ANYONE…and we have to start today to put a stop to it tomorrow.

So Dear Shobha….I REQUEST you personally to bring forward this issue to the right people as you are much more connected and social than we readers….and save our children (the future of our nation) from this contagious racket of “COOL STUFF”

Hi Shobhaa,congrats for upstaging the fashion and glamour world. The bright pink long dress with a girlish expression in a victorian setting remind me of a Jane Austen heroine minus the hat.

As regards DB being punctuated with F words and obscene graphic images, euphemistically named as toilet humour depicts the paucity of powerful scripts in Bollywood.Very few film makers are ready to take risk to make meaningful films.The reason why the youth are lapping up DB is an emotional outlet which it provides to their pent up rage.The line between right and wrong has long been blurred and the young have hardly any role models.What bothers me, however is what next? It does not bode well for us all.

Stunning pics! Hats off for keeping yourself in such good shape! Quite motivating for all kinds of generations out there!

As far as the movie is concerned...OMG, Freaking awesome, if I may!!! Aamir literally holds some magic in his mind. Too creative, no one can beat his movies! Loved the post, btw!

Giving baby the most effective breast-feeding is essential task in the motherhood phase. Simultaneously, a woman has to look after herself as well. Mother care products are designed to execute this dual role playing, and one can try www.righttoys.in/items.asp?item=Mother%20Care%20Product_Toys_India_Online&cid=23&scat=298* to have it.

first of all you look great and i am posting late as i missed on all your blogs, but i read this in sunday times though i missed out the most gorgeous snaps.. u look amazing, inspiring almost.
about cuss words, sadly iam very shy to use them till date, i think it goes back to my sad school, where my sad classmates branded me bad girl for using, "Shut up" in 4th std. :(
But yes, using F word or any other is liberating but still shy vhy to use it. good post.

Well said M, each an everybody is using F, even the so called social people. The time is changing very fast and nothing is taboo these days. Thanks S for keeping us updated for long time now and it is appreciated especially when you are a W.

u r rocking at dis age also,cant believe u r 60.