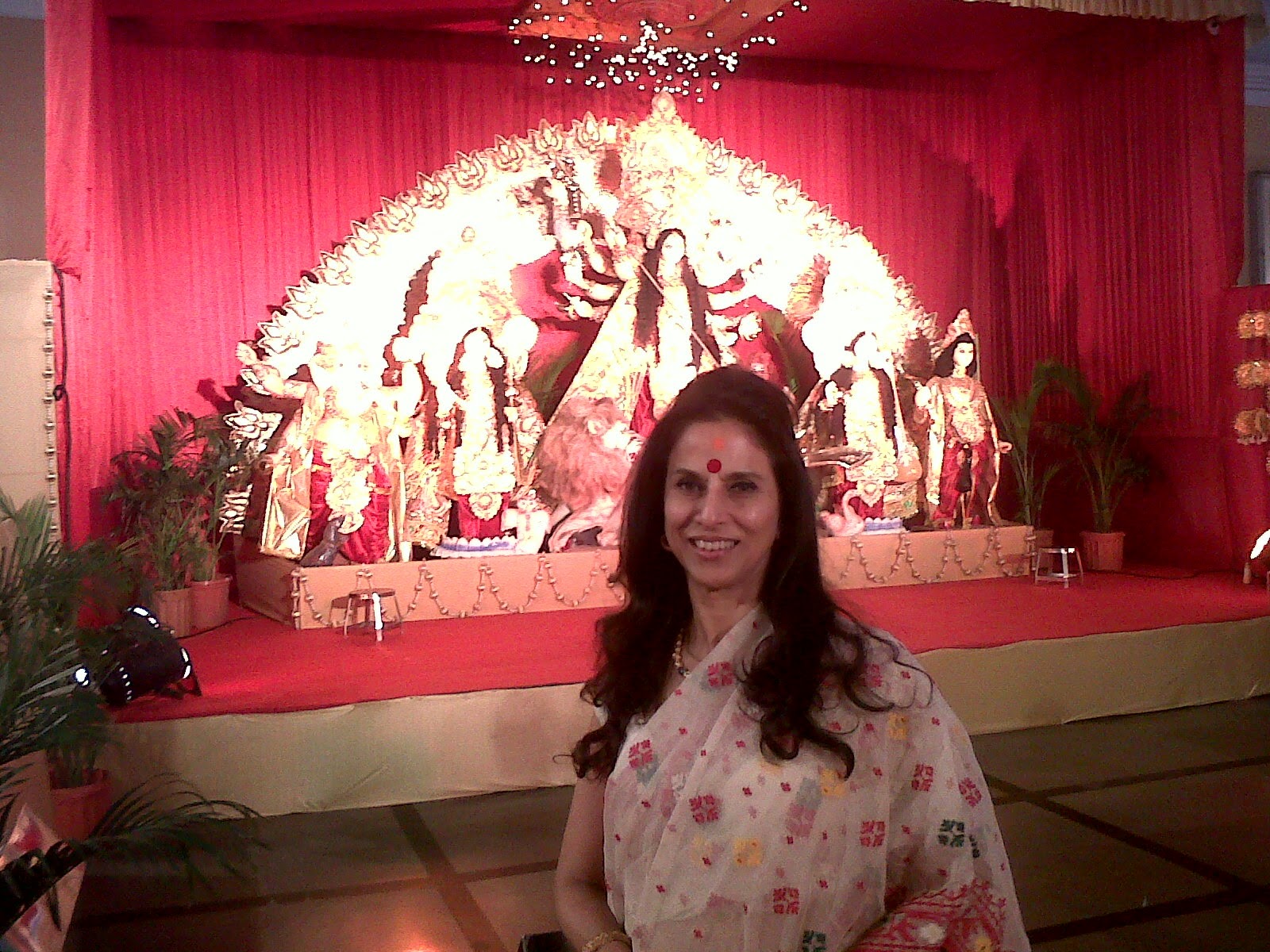 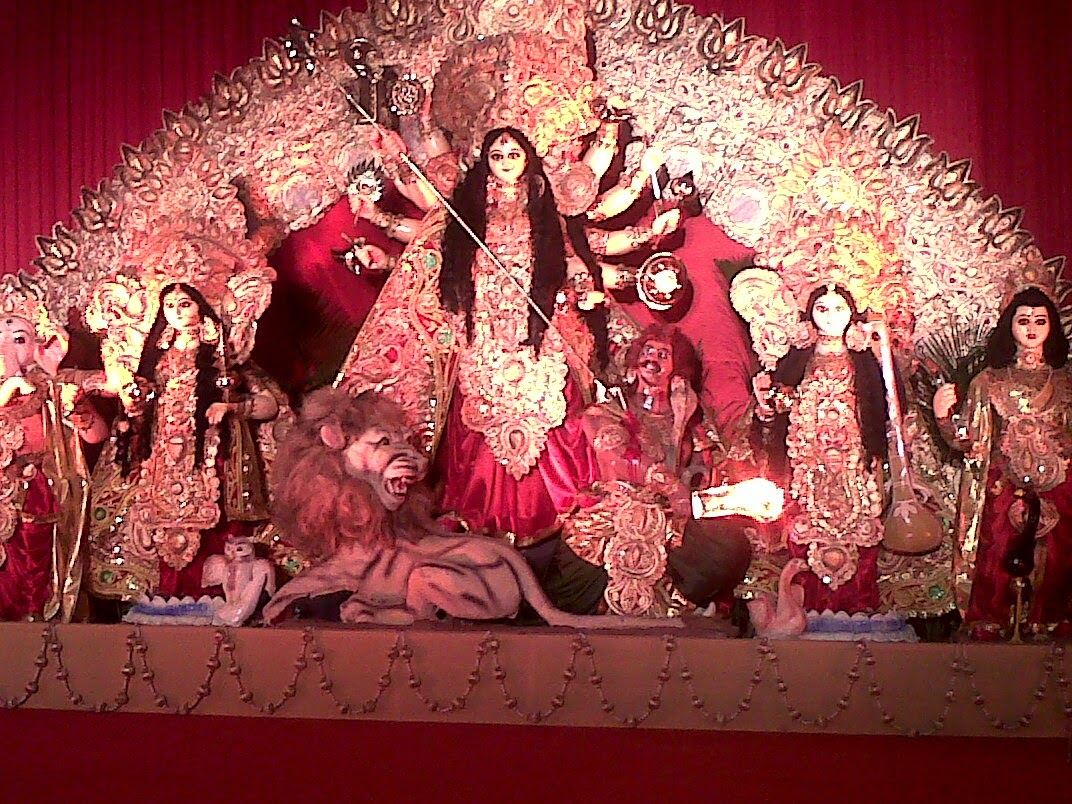 I absolutely love this time of the year!
Forgive my absence from this space. Blame it on crazy travel schedules... I'll try and make for this, before I run away again!
Here are a few columns you may have missed...
*****************
This appeared in Sunday Times....


India scores big on its MOM and Pop show…
Our men are definitely from Mars. So are a few women.  Take that,Venus! India’s scientists have indeed pulled off a major feat  – on the very first attempt, at that. And it’s time for the entire country to stand up and acknowledge the stupendous success of the ISRO family, starting with our very own 007- fan, S.Arunan, Project Director, MOM. His is the remarkable story of  today’s intellectually ambitious India . A great story that is not sufficiently chronicled, much less applauded. Hand picked by ISRO Chairman, K.Radhakrishnan , S. Arunan led a team of 200 scientists, who worked round the clock at mission control for close to a year before hitting bull’s eye on 24th September. Not only did this brilliant, dedicated team achieve a spectacular first ( the other countries made it to Mars after more than one attempt), but they managed it on a shockingly modest budget of just Rs.450 crores. There are several jokes doing the rounds about that number, including one that points out the per kilometer cost of  getting Mangalyaan to traverse  46 crore kilometers. It works out to less than 10 bucks per kilometer  -  taking an auto in Mumbai is more expensive ! Trust our practical minded Prime Minister, Narendra Modi to provide an even better yardstick for comparison. Lauding the team just after the spacecraft entered the Mars’ orbit, Modi (who was perfectly colour co-ordinated for the history making photo-op, in a bright red bundi ) , joked that Hollywood movies are more expensive to make!
For a man who started life in a middle class family (S. Arunan’s father, Subbaiah, was a school head master in Tirunelveli), the mechanical engineering graduate from Coimbatore Institute of Technology, remains perfectly grounded, even as his baby is flying high in space. In an interview, he credits “complex mathematics and simple living” to his own and the mission’s success. Of course, life will change for the 50- something scientist. Reportedly, there are foreign agencies trying hard to poach him. Ironically, some of the poachers happen to be the same ones who were earlier skeptical about MOM getting off the ground.
While the country is justifiably euphoric and going gaga over the feat (“ Mere paas MOM  hai!”), it is time to ask ourselves why we don’t celebrate our scientific community to the extent we should. S.Arunan is a huge hero right now – an international star. And that’s the whole point. Will we remember him, or reward his team, even a month from now? While he will definitely receive his share of national  awards in due course, and get his time on television channels, chances are, once our attention gets diverted by something sexier, we will go blank when someone mentions  his name – S.Arunan … who dat? Even today, most of us are in the dark about MOM and the nature of this complicated mission. Why did we want to go to Mars in the first place? To find life and methane? Some other objective? Should we not be more engaged? Why aren’t we? The indifference we display towards our major achievements ( the only one we care about is  a win in cricket ) is pretty baffling. Then again, it’s also a  reflection of poor communication. If the scientific community would step forward periodically and brief citizens about successful breakthroughs, it would generate not just national awareness but also a great deal of national pride.  God knows we could do with more of that.  It’s one thing for Narendra Modi to talk about this success being a “ gift to our rishis, who were also scientists…” but let us provide a less hoary explanation that speaks a more contemporary language, devoid of political rhetoric. One wonders whether it was appropriate for the Prime Minister to point out a regional contribution during a national moment of glory? Yes, one of the  instruments for the spacecraft was indeed manufactured in Rajkot. Did he have to single it out?
There are thousands of  brilliant scientists in India waiting for the right opportunities to shine. S.Arunan was lucky his abilities were recognized and nurtured by his mentors. But there are discouraging stories about less fortunate men and women, who are victimized by an environment that refuses to encourage and reward them. Disillusioned by the lack of support, some of them move to countries that see their potential and provide the necessary infrastructure to continue their research and progress. We have lost great brains because of our short sightedness in the past. Frustration and internal politics have taken their toll as well, with tragic suicides claiming  precious lives.
Once the excitement over Mangalyaan dies down,it will be well worth the effort involved to take a fresh look at how we treat our scientific community.Do we do enough for them? For their families? I am afraid India’s report card in this area is not impressive at all.  If an S. Arunan has come up, it is by default… despite the odds , not because of any special sensitivities shown to him. Or perhaps, we should give most of the credit for S.Arunan’s triumph to his hero – James Bond – a character the scientist greatly admires “ for his uncanny ability to  get difficult assignments.”
In this case, it certainly couldn’t have got any more difficult for S.Arunan. Well done, Sir.  India salutes you and your exceptional team. Now on to an inter planetary mission!
***************
This appeared in Mumbai Mirror....

Why should Virat and Anoushka ‘explain’ living arrangements???
I read a ‘scoop’ in Mumbai Mirror this week, confirming that Virat Kohli was not – repeat , not – living in Anushka Sharma’s apartment this time! Absurd? You bet. But, there it is. Given that nonsensical controversy that had been triggered off in the wake of Virat Kohli’s unimpressive performance in England ( only on the field, let me hasten to clarify!), here are two young people – a hot blooded, successful cricketer ( possibly, a future captain), and a lissome Bollywood actress, engaged in a relationship they are pretty upfront about. Along comes a fuddy duddy from BCCI , ‘justifying’ Virat’s uninspiring cricket as a direct  fallout of his sharing the room with Anushka during the dismal test matches. The silly old wives’ tale was  back in circulation – and there were obviously takers for it. It used to be believed that men needed to conserve their sperm before a competing in a physically demanding sport. Why? Because all their energy ( taqat ) was concentrated in those two ( okay, three!) tablespoons of  ejaculation. Once they were sexually spent, that was it!  Zero energy left to save the honour of the country. I was beginning to worry that BCCI busybodies would declare that having sex during an arduous tour  is anti-national…. Especially if it was with a girlfriend! As if having sex with a wife involves a different set of organs!
Those chaps hastily backed off when they took notice of the public’s response to their crazy theory.  Or else, who knows, they could have included a penalty clause in the contract ( How many times? With whom? When? Why?), instructing cricketers to maintain and submit a log book.
Now comes this coy clarification from Virat’s minders that he is being a good boy in Mumbai – visiting Anushka’s apartment for a couple of hours, and  leaving – Scout’s promise! Come on! This is so humiliating – for Virat and Anushka. Why the hell should it bother anybody where the cricketer spends his nights? Did the team manager Sunil Dev, have something to do with these nocturnal arrangements… or  have the two decided to go bashful and conform? I seriously hope not. It would be such a  pity if  Virat and Anushka have been brow beaten into submission. They are young, adult, single and together. If they decide to co-habit, they are totally entitled to do so. Virat Kohli is one of  the high profile owners of  FC Goa, the Goa franchise of the football series – Indian Super League. He is going to be around… and very visible. Anushka lives in Mumbai, and I’m sure she doesn’t want to sneak around corners to be with Virat. Why should she? Since going incognito is not an option for either, they really shouldn’t give a damn and go right ahead with their lives, on their own terms . Whether or not they live together is strictly their business. Unlike several Bollywood couples currently playing pretend (“ I really respect him/ her as a close friend, but I am single….”), here are two modern individuals ready to go public with their relationship in an upfront, non-hypocritical way. Get over it, moralists!
It is pretty amusing to note how polarized young Bollywood is suddenly becoming.  Amusing, because there was a fresh breeze blowing through those cobwebs for a while, and our stars were finally letting their guards down and behaving like people their age do all over the world. Gone was the era of sly affairs, hot denials and a life spent in living a lie! Freed from those shackles, the brave new breed was out there, letting bold roles do all the talking. Now this!
Flaunting or not flaunting a relationship is the sole prerogative of the couple involved. We are all for celeb discretion and all that. But not when it is selectively employed . Celeb –media equations are at best a controlled war zone globally. What works best is a sensible approach based on trust and mutual respect.  Celebs who understand the symbiotic need that exists, get a better deal. Those who try and manipulate media by planting stories or playing ball as and when publicity is required ( before the release of a new film), will discover it’s not a one way street – respect has to be earned by both.
Come on, Virat and Anushka – show the way.  Be yourselves! The runs and roles will come, whether or not you share a bedroom.
*************
Do give me feedback! Remember, I do read every single comment and value your opinion...