What Awaaz Network achieved on Remembrance Day in London is an unprecedented advertising/marketing coup! As pure strategies go, this was brilliant. It was doubly brilliant because it was a scrupulously planned stealth attack which took Narendra Modi ... and the world by surprise. It also left several British politicians red-faced and speechless! The sheer audacity of the protest (which instantly made it to the global media space) stumped just about everybody. How on earth was such an imaginative, complicated and super technical feat pulled off in the first place? Well, it has been carefully dissected, deconstructed, and lucidly explained by Shri Suresh (who dat?) Grover himself. I am not sure whether it was his brainchild, or a collective effort planned in utmost secrecy by a highly skilled team, virulently opposed to Modi’s politics. Now that a coup has been successfully pulled off, perhaps other iconic structures will be next? Empire State Building, the Louvre or the Pyramids ? Awaaz Network has just created a brand new platform for protestors of all hues to make a bold and daring statement that instantly grabs eyeballs across the world. That’s an awesome achievement in itself!

As for the Om- Swastika controversy, yes, it is deliberately provocative – as it was designed to be. That it was met by shock and revulsion, underlines the original objective – which was to draw the world’s attention to the troubling developments in India. The alarming incidents of violence, murder and brutality against dissenters opposed to the ruling party’s political thinking has led to a range of protests within and outside India. The thing is, I am slightly suspicious about this particular one - which appears to be a pretty well organised offensive against Narendra Modi himself. Yup. The man. Not so much his party. Modi is the chief target. And I find that a bit dodgy.Targeting Modi and shaming him in this way, will not solve a thing! Awaaz Network has equated him directly and blatantly with Adolf Hitler, and created a Nazi Om. Even Modi’s most strident critics are saying this comparison is excessive and odious. It is deeply insulting to the people of India. Even I recoiled at the image, despite my very vocal criticism of all the negatives Modi stands for. While the Awaaz Network’s message was basic and overdue (reject politics of hate and intolerance), the method to convey it ( on the facade of the House of Commons) , was pretty crude. It was designed to humiliate a visiting Prime Minister... and India. Call me an over-sentimental fool, but I felt really, really terrible when I saw it on Twitter! For the first time ever, I felt a little sorry for Narendra Modi! And I recalled Sambit Patra’s miffed response when I had referred to Mr. Modi as a ‘poor chap’ on a panel discussion. Patra had bristled and raged. He had jumped in loudly and rudely to defend his boss. Patra had made out like I had called Mr. Modi names and been highly disrespectful towards him. My innocuous ‘poor chap’ comment must have upset Patra so much, that he brought it up months later on another panel discussion, this time still more emphatically, as if calling someone ‘poor chap’ was the worst form of abuse. If Patra had overreacted back then, what can Mr. Modi’s minders and loyal troops do by way of damage control now?

The thing is, Narendra Modi on foreign soil appears far more vulnerable. He goes flat out to impress ( the frequent costume changes, the 5 lakhs walla, monogrammed suit) and sometimes the strain and effort show. Despite the Om-Swastika-Hitler-Fascist attack, Narendra Modi had to jolly well keep the flag flying, make sure his chin was up, and respond to tough questions with a forced smile. But, the original bluster was definitely missing, as he trotted out the tired Mahatma Gandhi, Gautama Buddha clichés as a response to the predictable ‘rise in intolerance’ question . Possibly, still smarting from the Bihar election results, he was not his usual self, and seemed distracted and out of sorts. Fortunately, he chose to speak in Hindi ( Gujarati would have been even better), and mercifully refrained from hugging, embracing or cuddling David Cameron. Someone from his team has obviously advised him to go easy on the ‘jaadu ki jhappis’, considering he had overdone the touchy-feely bit with other world leaders in the past.

It can’t be easy to make the transition from a feted, warmly welcomed Prime Minister of India, to a person described as ‘the epitome of hatred, destruction and chauvinism’. He has a monumental image problem ahead of him, and this open and public display of derision and contempt, may soon become a pattern as he jets from one international city to the next. Foreign media is having a field day mocking his Madison Square Garden and Wembley appearances for local desis. Had Narendra Modi been a little more sensible and sober on those first few phoren jaunts and not taken the ‘’rock star ’’ rubbish as seriously, perhaps he would have paid more attention to voices back at home, reminding him of all that was going off the rails in his backyard.In retrospect it certainly appears like Narendra Modi was being used as a wind- up toy by his shrewd minders, and sent off into the big, bad world to dazzle and influence global policy makers, while they themselves went about their domestic hate politics with murderous efficiency.

A weakened Narendra Modi is not good for India. A demoralised Prime Minister generally makes expensive mistakes... or worse, meekly surrenders to his puppeteers. In such a scenario, outside forces are quick to pounce and take full advantage of the situation. The BJP is at war with itself. So far, nobody has been able to contain and handle the crisis within... or, without. Narendra Modi’s brand of big talk has more or less collapsed without outside assistance. Losing Bihar is but one sign that the long term picture for Modi as an individual and the party as a whole, is not particularly upbeat. The alternative looks even worse! Rahul Gandhi is thumping his chest and strutting around like he has won a major battle and achche din are just round the corner for the Congress Party! Koi baat nahi. Bachcha hai! Nadaan hai.

Meanwhile, Narendra Modi needs to pay more attention to his rapidly deteriorating public image. Like a canny Congresswalla commented, “Make is India, is fast turning into Hate in India’. It sure likes the average Indian is being fed the old line,“ If you can’t make it, fake it!” Except this time nobody is falling for naqli maal. 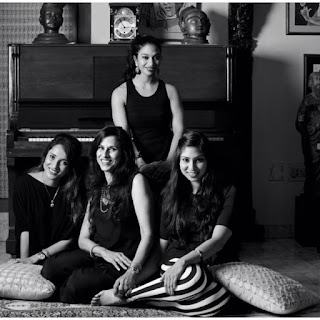